Born & raised in New Jersey, Debbie moved to Ohio about 15 years ago and now lives in Bowling Green with her wife, Sandra and their 4 kids. Debbie is a writer and teaches as well as plays guitar. She works for Woodlane as an Resident Assistant and founded the “Music Against Domestic Violence” benefit that is put on every year to help support “The Cocoon”. Debbie is very proud to be a part of the WAKT board as well as having her own show “Live & Local with Debbie.” 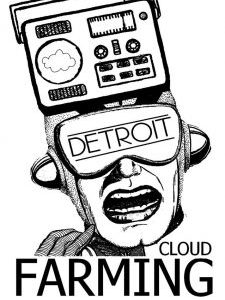 Terry A. Burton is a professional mix media artist, graphic designer, marketing consultant, citizen journalist and entrepreneur of 10+ years. He splits most of his time between Toledo (OH) and Detroit (MI), crafting a variety of mediums and artistic pursuits: painting, collage, photography, video art, graphic design, poetry and sound art. His work has been […] 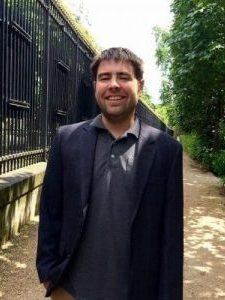 Jeff St. Onge is a jazz lover, political junky, and public radio enthusiast. He first became involved with radio in college, where he hosted various programs dedicated to jazz, funk, and other music that lives on that end of the dial. He believes strongly in the power of community radio as an antidote to corporate monopolies of political, social, and cultural conversations, and he is excited to be a part of WAKT as it serves as another positive force in Toledo. Before moving to Ohio in 2013, Jeff lived in Indiana, California, and Rhode Island, where he was born and raised. He has a PhD in Rhetoric and Public Culture from Indiana University and is now an Assistant Professor of Communication and Media Studies at Ohio Northern University, where he writes and teaches about the relationship between rhetoric, culture, and democracy. He lives in Bowling Green with his wife, Jen, and their two cats. 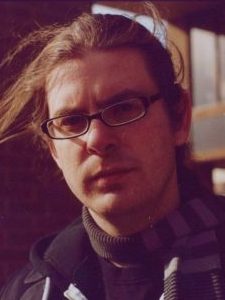 Sean Nestor is an organizer, educator, and life-long Toledoan. He convened the first meetings about starting a Toledo-based community radio station in 2013 after hearing about low-power FM licenses at a hacker convention in New York City. His interests include promoting democracy, expanding independent media, and building networks (both human and non-human).